The kids and I have really been enjoying spring lately. Fresh air really is very satisfying, especially after this last winter. I kind of liked all that snow, but I still feel like I'm still recovering.

We went twice to Oregon Ridge Nature Center/playground within a week. Once, just me and the kids and the other with our preschool co-op friends. 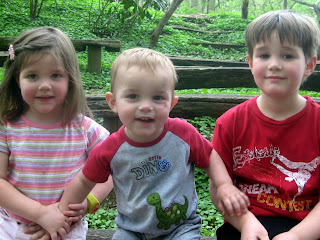 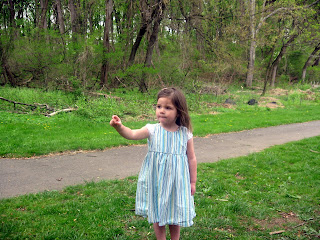 Little Carolina is the only girl in our regular bunch of kids. They range in age from 19 months to 5 years old and come from three families. My three are the two in the middle and the boy with the furrowed brows up front. Good news, we have a new mom with two little girls (3 & 4) that has recently joined us. 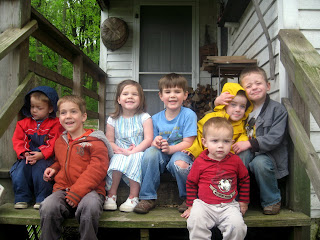 Posted by Laura Hennessee at 4:57 PM No comments:

We have some wonderful people at church that host an Easter egg hunt every year. This year, we had some really great weather. Made for a really nice event.

Ready and waiting at the starting line: 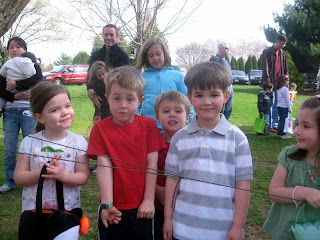 Carolina only picked up the purple eggs. She had her pick because there were a total of 975 eggs out there! 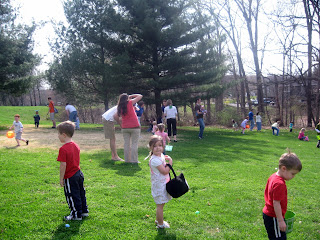 Way too interested in candy than looking up at poor old mom. 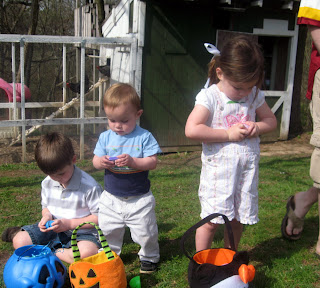 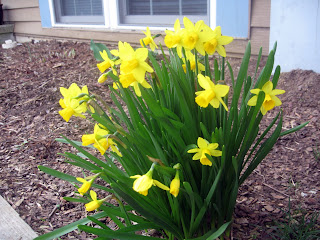 Posted by Laura Hennessee at 7:56 AM No comments:

Before any springy/Easter posts, here's a quick late Happy Birthday to my five-year old Timothy! This kid is seriously his own person. I'm hoping public school in September doesn't take that from him. A couple examples of his "uniqueness:" He made up a word -- "machala" and he uses it every day. The catch is, it means something different every time he uses it. Hmmm.... He also has some different sort of favorite foods. Here's his list: pickles, tomatoes, green beans, and V-8. Not too much complaining from me.

We had a little party for him a week before his birthday, inviting his 3 best buds and their families. The kids just ran around and played in the backyard (glad for nice weather!). Not so organized, but they had fun. Tim helped make the invitations (Ben wanted me to be sure to tell people that so no one questions my crafting skills!) 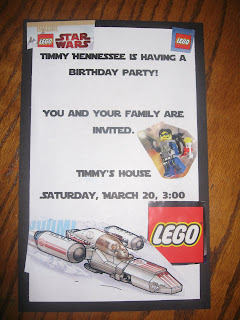 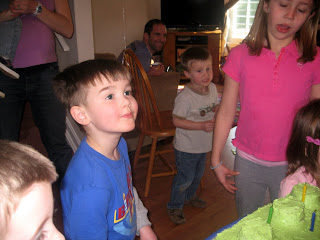 I'm really terrible at icing cakes. I definitely need a lesson or two. This is the cake after my mother-in-law fixed my disaster. If you aren't sure, it's supposed to be a lego. 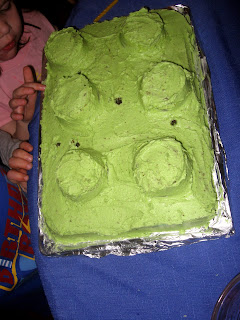 On the actual big day (a week later), we took Tim over to Lowe's for the first time and he and dad built a kaleidoscope at their Build and Grow clinic. Highly recommend it! 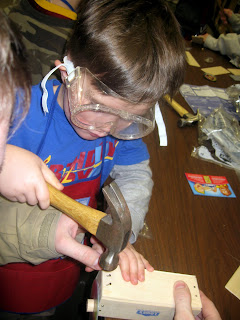 Posted by Laura Hennessee at 7:43 AM No comments: