We had a great soccer season. Ben started off as a reluctant and nervous coach, but really stepped up and thoroughly enjoyed it. All of his players had a great experience too. I think he'll be doing it again in the fall. Tim (shown here as goalie) really improved this season. He scored twice in each of the last two games. He is really excited to play again soon.  Coach gave him an award for "Most Improved Player." 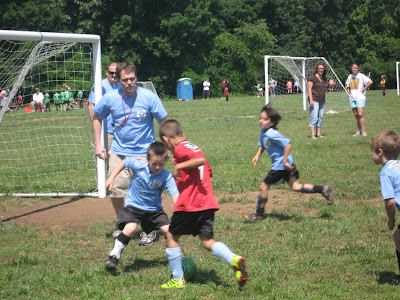 This was Carolina's first opportunity playing.  She has mixed feelings about playing, but she really was a trooper and stuck with it, playing and practicing every time.  It helps that she has pink shin guards.  You should see her ball too -- pink hearts and everything. 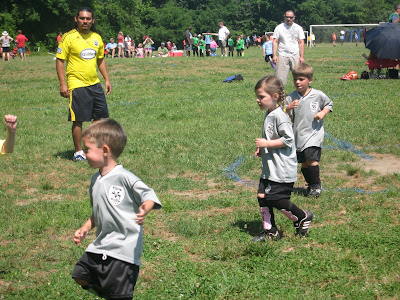 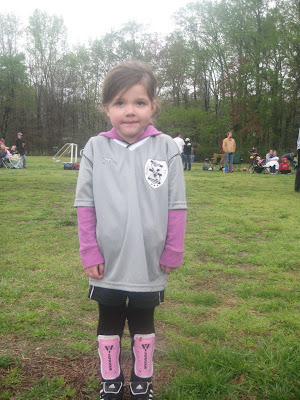 Joe was disappointed he didn't get a trophy this year, but he'll be playing as soon as he can.  Season started in March and just ended, so we had pretty chilly games/practices and very hot ones.  Gotta love spring! 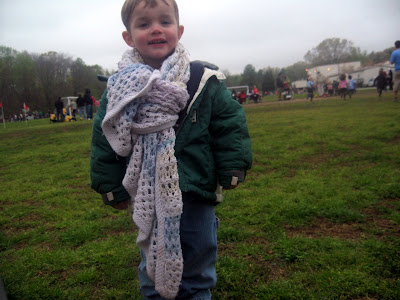 Posted by Laura Hennessee at 9:24 AM No comments: