Joseph found a friend at Target this morning! :) 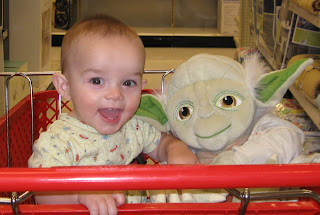 I thought Ben was crazy when he suggested going up to Palmyra to see the pageant and camp one night with our three little kids, but I was very pleasantly surprised that everything turned out so nicely. The drive took us about 6 hours (with stops, detours, etc.) We set up camp, visited Hill Cumorah (Carolina and Timothy climbed the hill themselves) and then the Sacred Grove and Joseph Smith homes. Then back to the Pageant. Considering the ages and personalities, it all went really well. 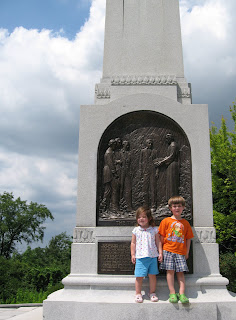 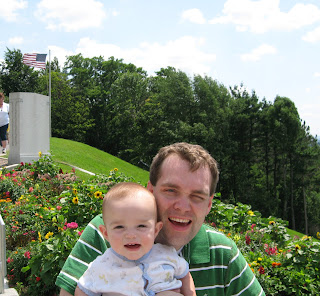 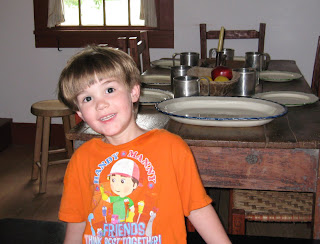 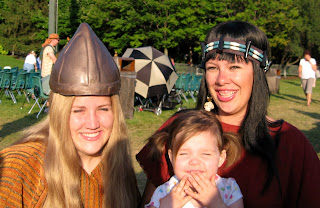 Lots of firsts last week. First time for the two younger kids camping, first time for the older kids riding on any kind of boat and it was the first time playing miniature golf. Timothy has a list that we keep of things he would like to do and this knocked off two of those.
In case you're curious, here are some of the things on Tim's list: (we started this list last spring right before he turned three)
go on a boat July 2009
go on an airplane
ride a horse 5/24/2008
eat a doughnut June 2009
have a campfire 3/2/2008
roast marshmallows 3/2/2008
go camping May 2009
ride on a whale
ride in a pick-up truck
ride in a tow-truck
climb a tree
go to a movie theatre (7/2008)
ride in a submarine
ride a motorcycle
ride a train Aug 2008
ride in a horse-drawn carriage
play mini-golf July 2009
fly a kite
If it has a date next to it, it has been done. I think most of these are pretty reasonable. Well, maybe not the whale riding. This list was actually pretty helpful for awhile. He would say something like, "I wish I could ride a motorcycle." And I would say, "well, let's put that on your list." Somehow, that helped his longing. 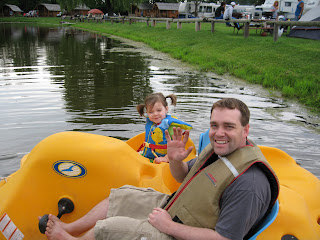 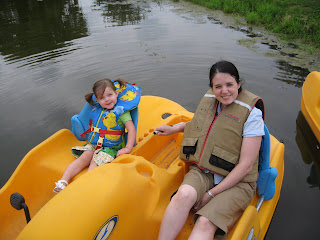 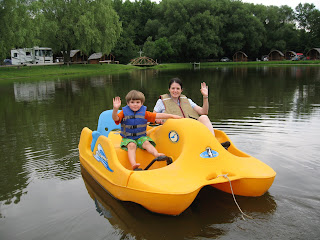 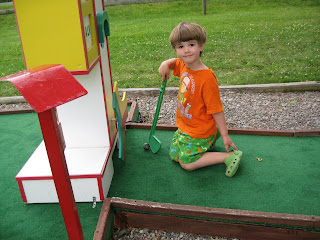 Carolina had an interesting technique. She'd hit the ball a few times and then set it right next to the hole and tap it in. When she got to the last hole, she climbed up in the cage to make sure it went right in the hole. 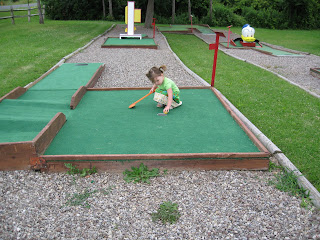 I've been camping up near Palmyra, but not to the KOA. I was really impressed. We are going to try to make this an annual event. We're even looking for volunteers to join us next year for even more fun. I think we'll definitely try to do two nights. 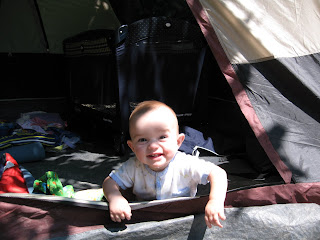 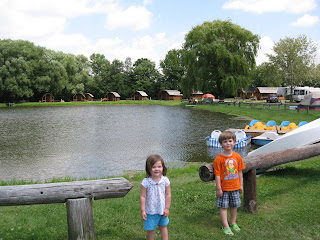 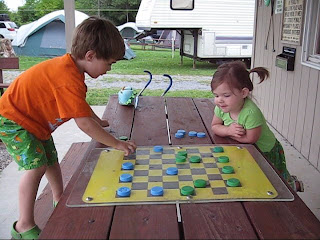 Posted by Laura Hennessee at 9:35 AM No comments:

I love that my kids have cousins! We all get together about once a month and they have a blast. We had dinner at my brother's house and then went to the fireworks in their town. The kids hadn't ever really been to see fireworks and they loved it! It was also nice that one of my sister-in-law's family had some glow necklaces. (The pictures were taken with the cell phone because our poor phone has been sent to be repaired) 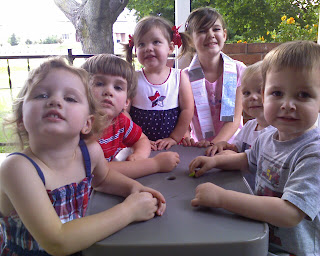 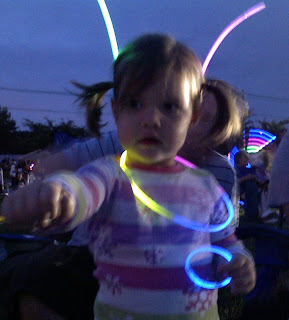 Posted by Laura Hennessee at 9:01 PM No comments: