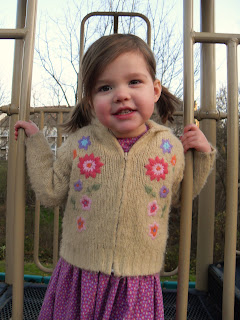 Carolina is three years old (six days ago). I wanted to get in a short little birthday entry for her before the craziness of Christmas. We celebrated with my little sister Mary and her husband Andrew. Pizza Hut, cake, and presents. Nice and simple for everyone. In celebration of three years old, here are three things that I love about my little girl:

1) she loves to be my little helper, she puts on an apron and helps me cook and bake
2) she is a definitely a girly-girl: her favorite colors are pink and purple and she wears skirts/dresses nearly every day
3) she is so super-sweet (except when she's not) and gives the best Carolina-hugs!

We had a good time at the ward party tonight. Santa was awesome and the older kids did well on his nap. Joseph was very reluctant to join them. Carolina asked for "a princess" and Timmy wants "a dump truck." A couple hours earlier, their answers were going to be "a dolly" and "a jet." Makes us wonder how they make these decisions. 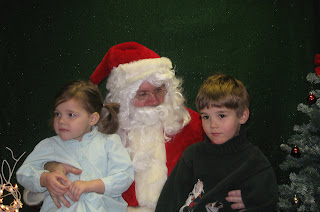 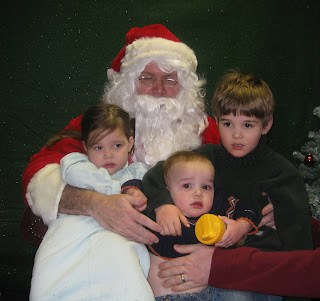 There was a simple nativity play after dinner and we were encouraged to have the kids dress the part. From the start, Timmy made it clear that he would "sit in the audience." He had friends that were shepherds, but I couldn't convince him to join them. Carolina loved being an angel. I made the dress yesterday afternoon and it worked out well. She insisted on the wings. She was the smallest angel and played the part perfectly. 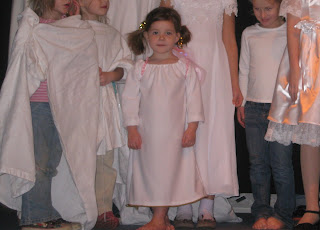 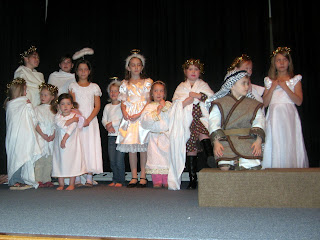 Joe (14 months old) had major issues with his socks, shoes, mittens, coat, hat -- basically his entire winter wardrobe. That was until we stepped outside. He could not get enough of the snow. When he tried to walk in his timberlands inside, he would refuse and just fall over. He's been wearing soft shoes for months. Then, outside he literally ran off down the sidewalk. Not so hard to walk now, huh, buddy?

Also, I love hand-me-downs. He's wearing all of Tim's stuff. He's kind of on the small side, so even though they were born in different seasons, he wears smaller sizes and it all works out. Carolina is enjoying Tim's clothes too. His snowpants from the last two years fit her perfectly and she wore the mittens I knit him last year. Poor Tim, he was stuck wearing my gloves. I'll have to knit him a pair of mittens when I get a couple of other projects finished first. 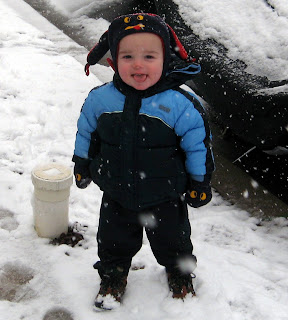 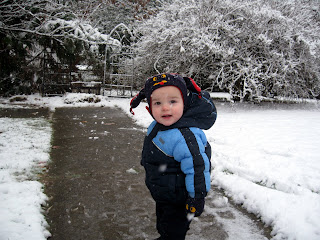 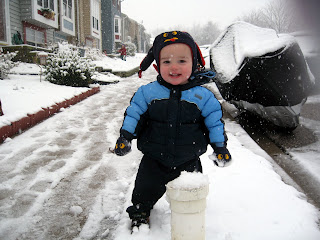 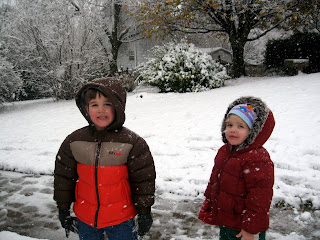 Posted by Laura Hennessee at 4:37 PM No comments:

Okay, no pictures of the festivities, but here are a few of us with Ben's grandparents in North Carolina. Definitely a nice visit. 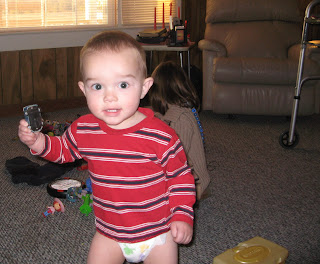 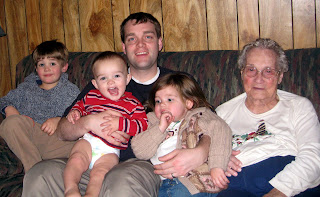 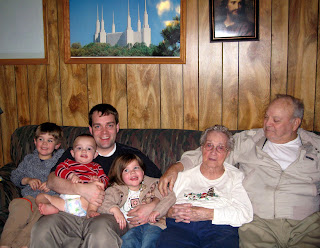 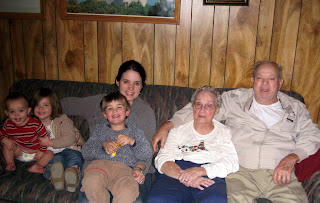 Posted by Laura Hennessee at 4:24 PM No comments: