Lots to be thankful for...
++ 3 super-sweet children
++ an awesome husband
++ with his great new job
++ a really swell extended family
++ opportunities to serve
++ our health
++ Christmas

We started listening to Christmas music last Friday and decorations will start going up tomorrow!

The kids are usually pretty good in the backseat. We're still driving our camry,
so it's nice and cozy for all of us. Joseph was fussing on our errands out
last night and the older kids had really had enough! 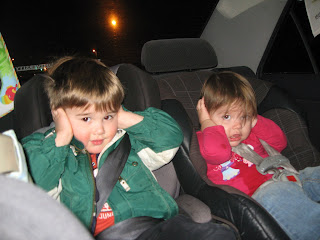 Carolina begs to talk on the phone every chance she gets.
Here she is talking to Mee-Mee on our way to visit her this morning. 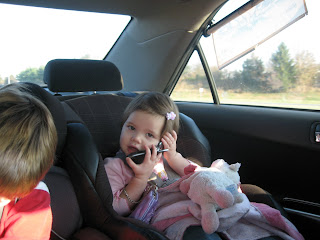 Here they are snacking on cereal on the way home (thanks, Mee-Mee!).
Tim fell asleep for a few minutes until Carolina started poking at
him and screaming. They really do a lot to entertain each other. 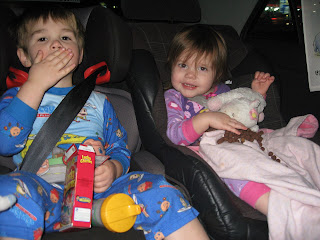 Okay, I wish I had a real "before" picture...just picture country blue wallpaper with pink flowers all over the walls and a hideous medicine cabinet/mirror/light thing. I found a close match here for you. This project started sometime during the pregnancy and got to this point a couple weeks ago. We learned a lot! The second-hand sink was free from one of the docs at Ben's old job, the mirror was a $5 yard sale find (Ben doesn't care for it though) and the other stuff we got from our favorite home improvement store. Ben and I are not naturally very handy, but somehow we figure it out...it just takes a little longer. :) 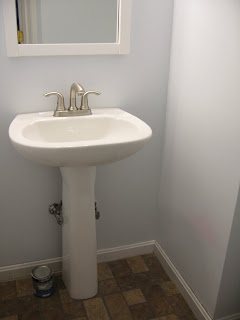 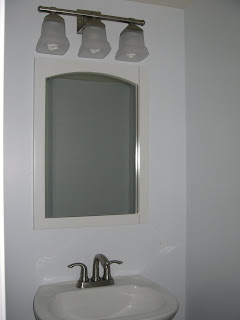 (the hall right between the bathroom and front door...i love the hooks right at kid-level) 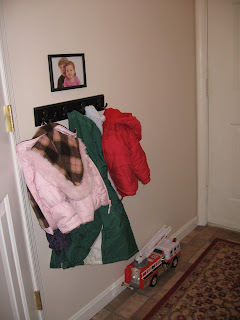 We are finished all the "big" stuff in our half bath -- took down wallpaper, painted, put down new floor, replaced toilet, installed pedestal sink, new mirror, and new light fixture. The pictures I have really aren't great because of the lighting and the space, but maybe I'll post a couple before and after shots. Aside from bathroom improvements, we have also had to deal with our water heater not working right and our upstairs toilet leaking. The joys of being a home owner. Anyway, we've been spending a lot of time at the home improvement stores (mostly Home Depot). And the kids are horrible! They aren't quite so bad at other stores, but something about the store brings out the worst in them. Lately, I've been making trips there by myself after they go to bed, but last night we decided to risk it again. It was actually the best trip we've had there in awhile. Probably because we were in the plumbing section (for the toilet, which is now fixed) and they invented some sort of plunger-human bowling game...Whatever it takes!

(And yes, they are wearing pajamas with sweaters) 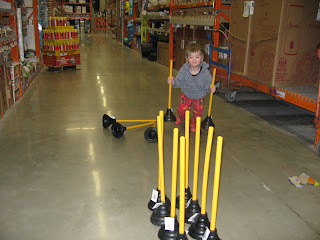 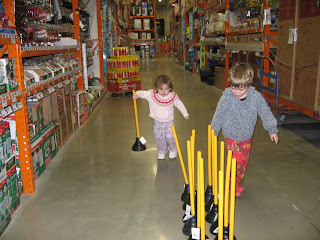 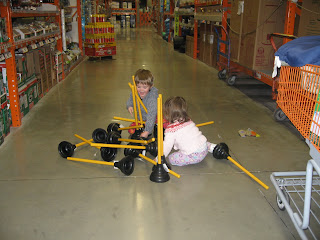 Our normally very sweet, calm boy cried the entire blessing! I totally knew it. He hardly ever cries, but I just had a feeling. It was pretty cute. I was hoping for pictures of him with others in the family, but by the time he woke up from his after church nap, everyone else was changed and/or napping. I can't believe how big he is. 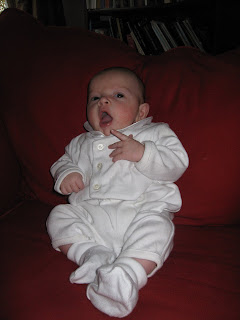 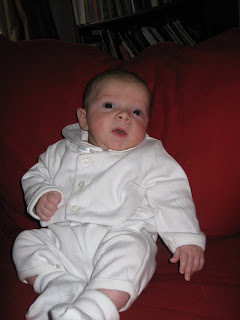 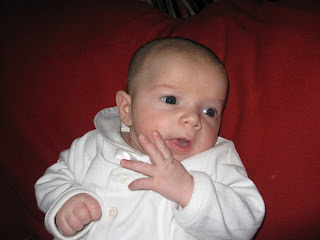 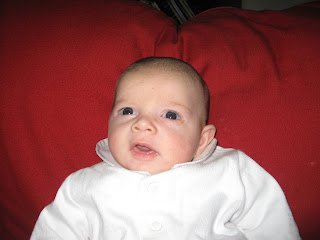 Posted by Laura Hennessee at 9:37 AM 4 comments:

We carved the pumpkin way too long before Halloween and ended up throwing it out before the big day. I hate to admit it, but this is the first pumpkin we've carved in our marriage. It just didn't seem worth the trouble before, but now the kids are getting older and can appreciate it more. Plus, at three (and a half) years old, our oldest is so much more aware and I'm not sure he would have let us miss out again.

(Do you think I should cut bangs or continue trying to pull it back with a clip? I was hoping to let Carolina's hair grow, but sometimes she just looks homeless)


Tim wanted to be a firefighter and Carolina wanted to be a princess. I'm really not into all the girly-girl stuff, but it's cute that she is. I tried to get her to consider other costumes (like Tim's old Elmo costume), but she wouldn't even try it on. She's pretty particular about what she wears. Basically, as long as it is pink or purple or has a princess or something fancy on it, she'll wear it. Joseph was a turtle. I removed the shell from Tim's first costume and sewed it on to one of Joe's pajamas. The older kids had a bunch of fun trick or treating; Joseph slept the entire time. Kids come from all over to our neighborhood for Halloween and it's super crazy congested. It was really fun at first before the crowds, but after a bit, it became overwhelming. 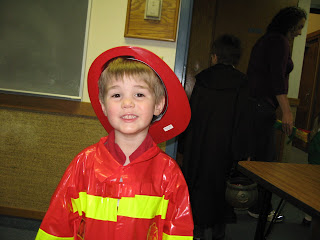 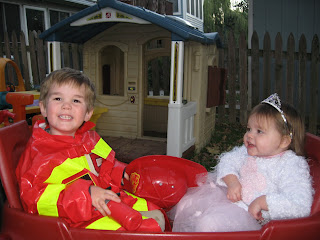 Posted by Laura Hennessee at 9:29 AM 2 comments:

Okay, so these pictures are at least a couple weeks ago. The kids really had fun. Joseph slept through it all, as always. 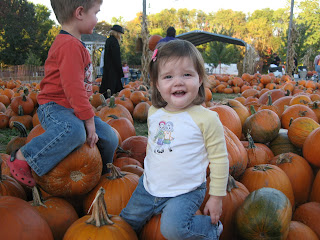 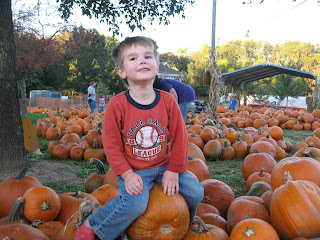 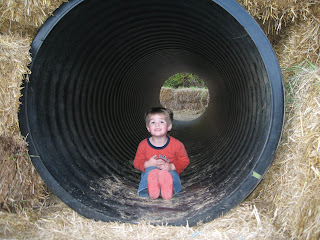 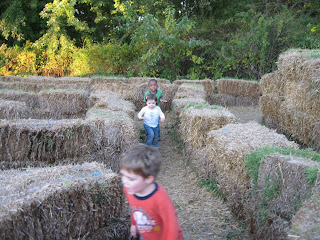 Posted by Laura Hennessee at 9:15 AM No comments: